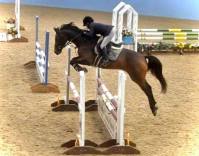 After saying no more foals we are excited to announce that our lovely 5 yr old mare Lavanta V is in foal for 2022 to Holly Smith's super stallion Fruselli. Due July 2022 and we are looking forward to introducing a happy, healthy foal in the summer next year. 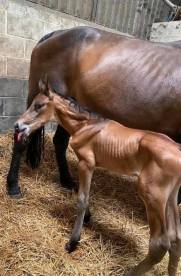 Cornelia gave birth to Lenni on June 14th 2020, another bay colt for Weston. Both happy and healthy. Lenni's posh name will be Cornelius W. His dad is a lovely Cruising stallion called Corraghoe Storm who stands at Stud in Scotland at Balcormo Stud. We are so happy that he's arrived safe and sound. 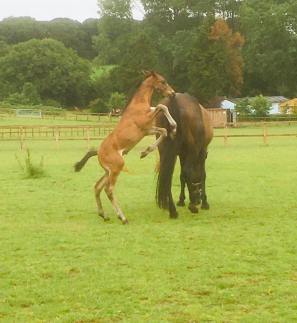 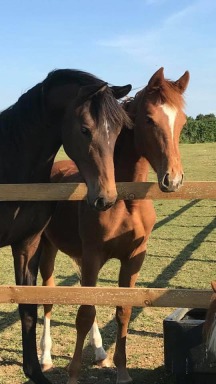 Lilly and Larry our 2 lovely yearlings 2020

On the 15th August 2019 Serafina had a beautiful little chestnut filly which we named Lilly. Our first filly born at Weston. Her proper name Whisper's Gold as her dad is the good showjumping stallion Whisper In The Wind. She was fit and feisty from the word go which held her in good stead as at a month old she fractured her shoulder,but she wasn't to be beaten. We were advised to have her put down but we gave her 2 weeks of box rest, healing hands and lots of prayers, and she recovered well. Now weaned and happy out in the field with Larry you would never know. We'll keep our fingers crossed it doesn't affect her in the future but we'll be doing all we can in the next few years to aid her growth and healing. 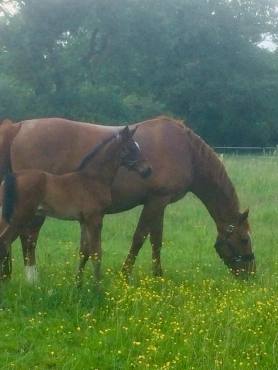 Afrer several years of not breeding we have our first foal of 2019, this is Larry. Son of Enouvelle who i competed, dad is Fantaland, a super show jumping stallion ridden by Carron Nichol. He was a week early, taking us by surprise while i was away at a show. But he is fit and strong and i firmly believe, judging by the length of his legs and the strength in his body he'll be a derby horse someday. Proper name Polaris, we are very happy about his arrival. 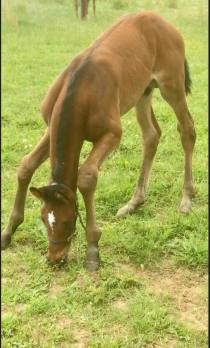 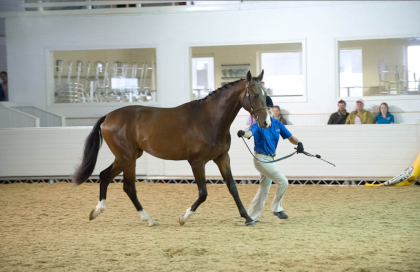 This is Night Life in his yearling Futurity at Arena UK. I believe its very good education for these young Sport horses to learn to go on the lorry and travel and arrive at a destination and behave themselves. All my home bred horses will be doing these evaluations as its a good place to gain feedback that you are breeding good horses for the future.

In 2012 i took Hi Life to his first Futurity where he gained Champion yearling in the show jumper section.

This is one of the first pics i got from Bo's 3rd foal who we'v called Sunny. His sire is Don VHP Z who won several Grand Prix including Royal Windsor for the Brendon Stud and at the end of 2012 was sold to America. I'm very excited about him as he is big and strong and incredibly gorgeous! 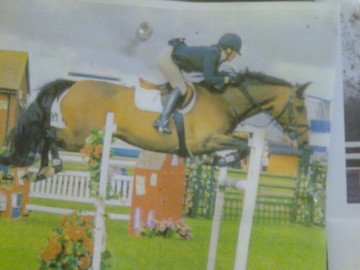 This is my super star mare My Life. She has competed all over the country and had good placings everywhere finishing her Grade A career in 2009. Her breeding is Sire: Classiker, Grand Sire: Calypso, Great Grand Sire: Cor De Le Bryerre.

At 19 years old she has bred 2 foals so far. Night Life is 5 yrs old and has started his show jumping career. His Sire: Caretino Glory.

This year she has been put to Don VHP Z, the super stallion at Brendon Stud who has already won numerous young horse titles including the Grade C final at HOYS. Recently winning the Grand Prix at Royal Windsor and the Area Trial at Addington Manor. After 2 failed attempts at AI she has finally taken on her 3rd go so i'm very excited about what we'll get next year!

Below is a picture of her yearling Hi Life. We very sadly lost Theo(Hi Life) early in 2013 which took a lot of getting over but the arrival of 3 happy, healthy foals later in the year was a big highlight. 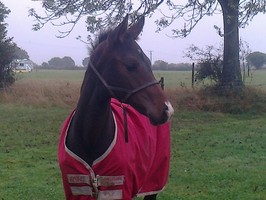 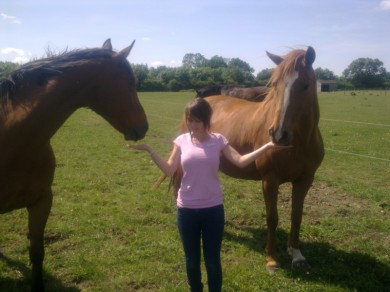 This is Mellody and Star, 2 broodmares i bought so i could cover them with Nightlife before i had him gelded. Unfortunatly they didn't take in 2011. However in 2012 i have had them covered by Pelgrim K, a great grandson of Darco. I am very pleased that both have scanned in foal to him so am looking forward to some lovely foals this year 2013.

Star jumped in Germany before coming to England. Her breeding is Sire: Hollywood, Grand Sire: Jasper.

Mellody has been a brood mare all her life with The Old Lodge Stud and has bred numerous foals. Her breeding is Sire: Goodtimes, Grand Sire: Nimmerdor, Great Grand Sire: Farn

This is Little Legs, Star's foal. He was 6 weeks overdue so i was very worried about him. He came out perfectly formed but very small and had a few problems in his first week but is now trying to catch his bigger brothers up and is beautiful, small but feisty! His sire is Pelgrim K, Sire of one of the best 6 yr olds out jumping at the moment Ferndale Special K.

This is Stewy, Mel's foal. Same sire as Little Legs but a totally different person. Big and strong, born the day before Little Legs so the mares did wait for each other. Am so pleased with all our babies this year. I was really hoping for a filly but our boys are big strong and healthy so i couldn't be happier. I want to speed forward 4 years to see what sort of horses they turn into! 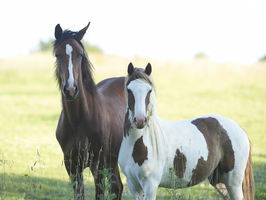 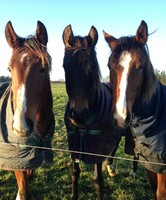 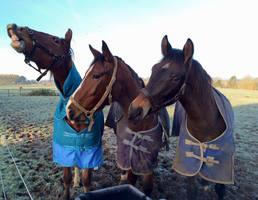 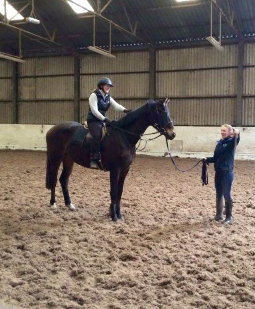 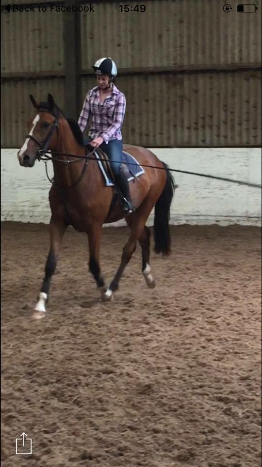 Where to find us:

We are open 7 days a week so please call to come and have a look round.

Our fabulous new outdoor arena is available to hire at any time. Its 60 x 30 and has a good selection of jumps. The surface is Carpet Gallop and gives you a very springy ride. 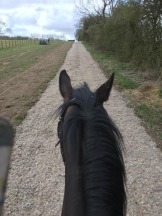 NEW gallopp track installed on part of our grass tracks. Its a gentle pul up the hill and around the corner. Its going to be a fabulous training aid when the ground is hard, or wet, with a super all in one springy surface, the horses work fabuous on it.